It is easy to become lost in the complexities of networking jargon and arcane technical standards when it comes to picking the finest wireless router. But the only thing you need to know is how to respond to two essential questions: What internet connection speed do you require? And what kind of protection do you require in your home?

Speeds and standards: The internet speed you require for your router is usually decided by the speed you receive from your internet service provider and the speed that your modem can provide. All except the most spectacular plans, such as Gigabit internet plans that are only accessible in certain areas, can be handled by a regular 802.11AC router for most individuals. Most wireless AC routers will do the task with ease, with average broadband rates hovering around 100 Mbps.

Range: Coverage range is the final component of the wireless equation. A simple standalone router would typically have a range of 50 to 100 feet, which is sufficient for most apartments and small homes. If your home is larger than 3,000 square feet, you might consider a mesh router, which employs numerous devices to offer Wi-Fi coverage over a wider space. These are especially useful in multi-storey homes or homes where the Wi-Fi signal goes out in dead places.

Ports: Though wireless connectivity is the essential feature of a Wi-Fi router, you should also consider wired connections. Ethernet provides speedier access for devices that require more bandwidth, such as gaming consoles and smart TVs, while USB ports are useful for connecting a printer or storage to your network.

Input: Another difficulty is input, particularly in a region with Gigabit internet. An outdated router can be a bottleneck with a Gigabit connection, slowing down your entire home. For significantly speedier connectivity, some routers may combine two inputs.

Which Router Do You Require?

One of the most obvious methods to improve Wi-Fi performance is to get a new router. Calculate the approximate square footage of your property before you begin to assist you in determining which router to buy.

Router with a single port

For most individuals, the easiest method is to use a single router or a router and modem combination. Keep in mind that you’ll need to use an Ethernet wire to connect this device to your current socket or modem, which limits where you may put it. The Wi-Fi signal is greatest near the router and gradually weakens and slows as you move further away.

Mesh Wi-Fi might be the answer if you have a bigger house and want reliable coverage in your yard or if your existing system has thick walls and distinct dead areas. Mesh systems have a central hub that functions similarly to a single router and additional satellites or nodes that may be placed around the house.

Because devices connect to the internet via the nearest node, adding a node can provide more Wi-Fi coverage and a more dependable connection in diverse places. Keep in mind that each node will require a power source. Mesh systems are frequently (but not always) more expensive than single-router installations, but they provide better coverage and dependability and more functionality and control choices. They are also often smaller than standard routers and are meant to mix in seamlessly with your existing decor. 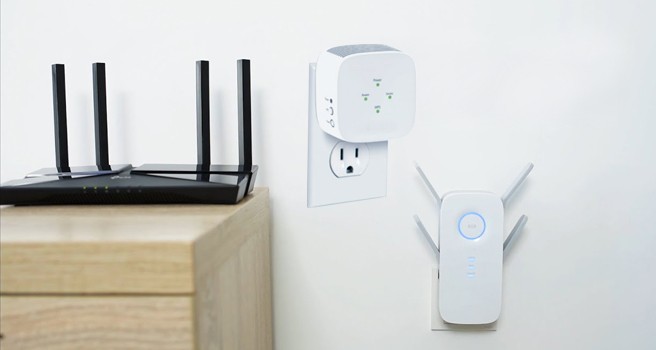